Prayer: Abba, Please bless me as I look in to this hard and dangerous subject. You have delivered me from the hands and grip of the evil one, and I want to help you to expose this story to others. Please help to guard my heart and give strength to my words. Thank you for the blessings that you have bestowed upon me and my family. I love you and glorify your great name! Amen

As I have been further researching my Genesis series I had a realization. This may sound crazy, but from someone who has never read the bible, I never realized the fall of Satan story wasn't in Genesis. Most people, believer or not, knows the general story of the fall of Satan or some form of retelling of the story. What I have heard in the past, is the following general story:


Satan was one of God's favored angels. Overtime Satan came to think that he was better than God and would be better able to rule and have dominion over heaven and earth. Due to his pride, God cast Satan out of heaven. Satan took 1/3 of the angels with him and vowed to work against the good will and power of God for all eternity. The evil in the world is Satan trying to turn God's people away from him.

I don't know why, but I always assumed the story was written very specifically like that in Genesis. I vaguely knew the story of Genesis, but why didn't I realize this story wasn't there. Then where is it? Why do we have this story of Satan's fall from Grace?

I started researching where this story came from. From what I can find right now, the main information about the fall of Satan, or Lucifer, comes from a mixture of a story in Isaiah 14 and Ezekiel 28. The two passages are as follows:


Isaiah 14:12-15 : "How you are fallen from heaven, O Lucifer, son of the morning! How you are cut down to the ground, you who weakened the nations! For you have said in your heart: 'I will ascend into heaven, I will exalt my throne above the stars of God; I will also sit on the mount of the congregation on the farthest sides of the north; I will ascend above the heights of the clouds, I will be like the Most High.' Yet you shall be brought down to Sheol, to the lowest depths of the Pit. 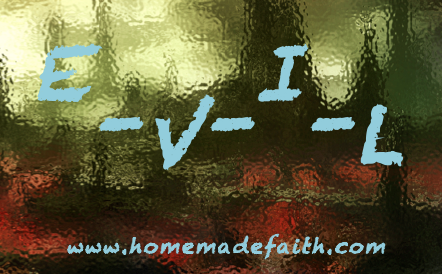 Ezekiel 28:12-16 : ..."You were the seal of perfection, full of wisdom and perfect in beauty. You were in Eden, the garden of God; Every precious stone was your covering: The sardius, topaz, and diamond, beryl, onyx, and jasper, sapphire, turquoise, and emerald with gold. The workmanship of your thimbrels and pipes was prepared for you on the day you were created. You were the anointed cherub who covers; I established you; you were on the holy mountain of God; you waled back and forth in the midst of fiery stones. You were perfect in your ways from the day you were created, till iniquity was found in you. By the abundance of your trading you become filled with violence within, and you sinned; therefore I cast you as a profane thing out of the mountain of God; and I destroyed you, O covering cherub, from the midst of the fiery stones.

Something interesting about these passages is that they actually both begin by describing evil worldly kings. The authors did not set out to write about the fall of Lucifer, or Satan, but when describing the pure evil behind the acts of these kings, it all came back to the evil that possessed them on the earth, Satan.

Jesus even speaks of Satan's fall from Grace when discussing the casting out of evil spirits in Luke's gospel.


Luke 10:18-20 : And he said to the, "I saw Satan fall like lightning from heaven. Behold, I give you the authority to trample on serpents and scorpions, and over all the power of the enemy, and nothing shall by any means hurt you. Nevertheless do not rejoice in this, that the spirits are subject to you, but rather because your names are written in heaven."

This passage has so many things that we could discuss, and I will probably do another blog past about names being written in heaven as that portion of the bible and scripture really fascinates me.  For this post; however, I want to focus on Jesus' discussion not only of Satan's fall but also of his instruction to trample on serpents and scorpions. I believe that in this passage Jesus' meaning is two fold. On the first point he is saying "Yes, I saw the work that you did to banish the demons of Satan". In this manner he was reassuring the seventy that he was walking with them as they went out on their mission.

On the other hand I believe that he is saying "I saw when Satan was cast out of heaven and he has since possessed My people." By referring to the evil one as serpents and scorpions he is referring back to the serpent in Genesis, which is why I believe that the previous statement is referring back to the original fall of Satan as well. Jesus then tells the seventy that as long as they are with Jesus and Jesus is with them, the evil one can not hurt them. He then reminds them that it is not okay to rejoice in the fall of another, even if that other is the evil one. We must rejoice in our salvation through Jesus and not in the lack of salvation of another.

So, in finality, the story that I had been told as a child and that I remembered from other teachings is fairly accurate; however, the location and the method of telling is very different. The story of Satan is not as clearly laid out as one might have expected, instead it is embedded within the stories of two evil Kings and within a lesson from Jesus to the seventy. With this being such an integral part of the Bible story, I am surprised to find it embedded and not clearly stated. I don't imagine this will be my last surprising revelation during this journey!
Posted by Unknown at 10:05 PM