"And he said, "Listen, all you of Judah and you inhabitants of Jerusalem, and you, King Jehoshaphat! Thus says the LORD to you: 'Do not be afraid nor dismayed because of this great multitude, for the battle is not yours, but God's." (NIV)

When you are engaged in battle it can be hard to take your eyes off of the enemy. In the 21st century our battles can be extremely diverse. Most likely, we do not fight battles in the way the King Jehoshaphat did. At least, I know that I do not face an army marching at my door. Instead, our battles can be within ourselves, among our peers or coworkers, or even within cyberspace.

Recently I have seen these cyberspace battles among Christians and unbelievers. Good Christians engage in a battle for God. They become so intent on bein right and on proving the unbeliever wrong, that their battle becomes more about them than about God. Where is Gods love and mercy in these conversations? Do I believe that as Christians we need to fight for the Christian way of life? Absolutely! However, it often becomes more about the fight. 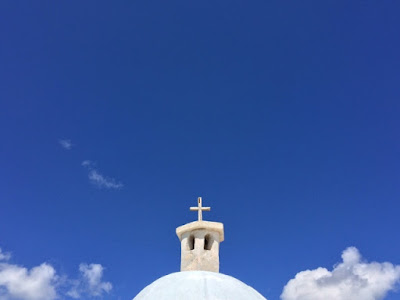 We can't forget that Jesus did not walk among "yes men". He lived among thieves, prostitutes, unwed mothers, and other people living lives a "Good Christian" would consider a life of disrepute. Jesus did not condemn these people. Instead, he loved on them and used a gentle hand to show them His light. Even as Jesus walked among mankind, The choice to believe was put I. To the hands of each person. As Christians, we are called to the Great Comisßion; however that commission is to spread the light of Jesus through our kind acts and through loving on people. The people who need His light will see the Light shining from us as we love on them. We ,just be available for those choosing to commit their lives to Him so that we may assist in their path.

In the same way God helped in the true battles of the Old Testament, God is in us every time we act and love on a person. Therefore, we must let God guide the conversation and allow each person to choose the Light due to the wonderful way that we are examples of Jesus' love. No conversation should contain condemnation or hatred. I am not saying that we should sugar coat the Bible and glaze over the harder and more negative aspects of eternal separation from God. No, we must accurately portray Gods word; however it should be done with care and concern and not judgeme to or self-righteousness. That is not our job. The battle is God's, we are mearly a vessel for the Light of His love.

Email ThisBlogThis!Share to TwitterShare to FacebookShare to Pinterest
Labels: "Do Not Fear"